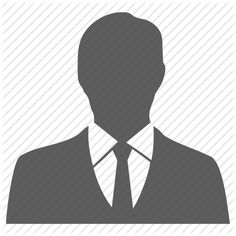 My son K has been in the care of NFC for approximately six years, four of which he has spent at RC.
We have seen K go through many trials and tribulations mainly related to his condition which at times has been very challenging but at all times during his tenure he has had the best support and care that we could have hoped for. K has blossomed from a frightened little boy on medication when he arrived to a relatively confident, able and likeable young man. He still has a way to go but with continued guidance, he has as good a chance to make it in life as most. This in part is attributable to the care of the NFC staff and its nurturing environment.
At the present time, K himself would probably have a very different opinion but I do believe in later years that he will look back and realise just how lucky he was compared to others in his position and to have had the oportunities he has.

We have always felt that NFC was the best placement for K. Although there has been many staff changes over the years we have always had good relationships with all that have been involved with K. They have shown great professionalism and often gone the exta mile because they care and clearly get a lot out of the often difficult jobs they do.

Leadership and example comes from the top and I would like to thank R in particular for all the hard work and support he has given all of us in what at times have been extremely challenging situations where it would have been easy to give up and accept defeat. R has always been there to fight K’s corner on our behalf and we will certainly remind him of this in the coming years.

We have high hopes for K’s future and I think that NFC have given him a good springboard to start his new life outside of the care environment. It wouldn’t surprise me to see him in a few years, giving something back, working with young people with similar difficulties.

Many thanks to you all, it has been an eventful journey.